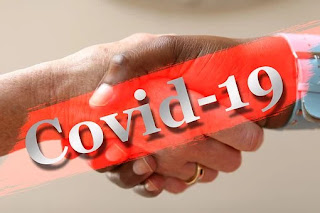 A global outbreak of the novel corona has now infected more than 110,000 people, mostly in China.

The newly identified virus, known officially as first detected in the

Chinese city of Wuhan in December and has since spread to every continent except Antarctica. At least 3,825 people have died so far, according to data compiled by Johns Hopkins University’s Center for Systems Science and Engineering.

the highest national totals of confirmed cases behind China, south Coria, Itly respectively. France and Germany have also seen a rising number of infections, with confirmed cases north of 1,000 in both countries.

China appears to slowly return to normality.
Here’s the latest on the developing situation. All times Eastern. Please refresh this page for updates.

China reported only 40 new confirmed cases of the novel corona and 22 fatalities as of Sunday, a marked decrease from when the country was recording thousands of new infections just last month.

That brings the cumulative total to 80,735 confirmed cases and 3,119 deaths on the Chinese mainland. An additional 169 confirmed infections and four deaths have been reported in Hong Kong, Macao and Taiwan, according to China’s National Health Commission.

Patients who have recovered from the novel virus leave a temporary hospital set up to treat people infected with the virus in Wuhan in China’s central Hubei province on March 9, 2020. China has closed most of its makeshift hospitals for corona patients and some schools reopened as normality slowly returns to the country after weeks battling the epidemic.

All makeshift hospitals built to treat infected patients with mild symptoms in Wuhan, the epicenter, are expected to wrap up operations and close down Tuesday, according to state-owned China Central Television.

As of Sunday afternoon, 11 of the 14 hospitals have suspended operation with their patients either discharged or transferred to other hospitals.

Meanwhile, some schools have reopened as the country appeared to slowly return to normality after months of battling the epidemic.

Hickory students with ongoing learning opportunities, which may include e-learning and other experiences,”

The school district has also decided that to have an e-learning day for all schools in the district on Monday.

The cruise ship has been kept offshore for four days days, waiting in limbo as health officials tested dozens on board for the novel corona after it was discovered that the vessel had previously carried two people who contracted. At least 21 people on board have tested positive, officials said.

California Gov. Gavin  according the disembarkation process will take place over multiple days and in order of priority. Those who are infected will disembark first and will be transported to local hospitals. Next, California residents will be taken to either the Travis Air Force Base or Marine Corps Air Station  for a 14-day quarantine. Then all other passengers will disembark and go to either Air Force Base in Texas or Dobbins Air Reserve Base in Georgia for a 14-day quarantine, while foreigners will be repatriated on chartered flights,

Crew members who aren’t sick will complete their 14-day quarantine on board the ship, which will leave the port as soon as the disembarkation process is complete.

Passengers look out from balconies aboard the Grand Princess cruise ship as it maintains a holding pattern about 25 miles off the coast of San Francisco, California, on March 8, 2020. The ship, which has 21 novel infections among the 3,500 people on board, is set to dock in Oakland on March 9, 2020, after four days held off the coast of nearby San Francisco.

Passengers look out from balconies aboard the Grand Princess cruise ship as it maintains a holding pattern about 25 miles off the coast of San Francisco, California, on March 8, 2020. The ship, which has 21 novel corona infections among the 3,500 people on board, is set to dock in Oakland on March 9, 2020, after four days held off the coast of nearby San Francisco.Noah Berger/AP
The U.S. Coast Guard said it transported seven people from the California Department of Health and Human Services, along with supplies, to the Grand Princess on Sunday evening. The team will determine the medical status of all passengers and crew aboard ahead of the ship’s arrival.

To avoid delays, testing will be conducted when guests arrive at their onward destination, according to Princess Cruises, which operates the ship.

“All of us at Princess Cruises offer our sincere gratitude and appreciation to the federal, state and local authorities who are coordinating, collaborating and activating resources and personnel in support of this response to provide care and attend to the health and well-being of our guests and crew,” the cruise line’s president, Jan , said in a statement late Sunday night.

The Coast Guard said it also medically evacuated a critically ill passenger and his wife on Sunday morning. The passenger, a man in his early 60 second , had a non-corona-related medical emergency and required further treatment.

Akshay Kumar’s To Be Released In Theaters – Bell Bottom (थिएटर...